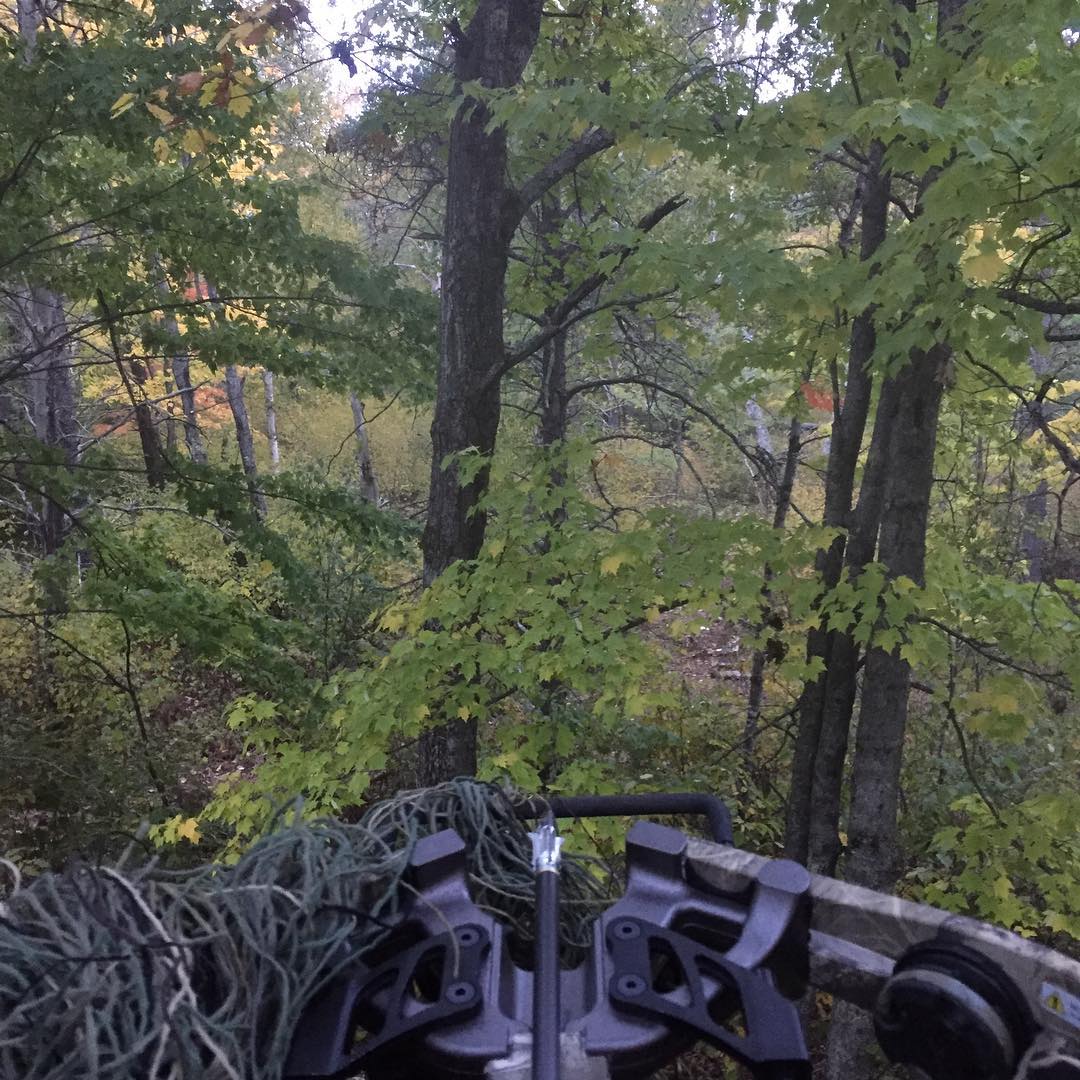 While there is no such thing as the hunting police, this does not mean that all hunting practices are accepted by all seasoned crossbow hunters. One of the most controversial topics from this point of view is long-range shooting.

One fact that many novices ignore is that crossbows do not shoot the same way as riffles do. Even though it is true that, from a physics point of view, a crossbow can shoot an arrow at 100 yards, from a hunting standpoint it is worth pointing out that they are only efficient at 50 yards and less. Nothing more – even the most powerful out there.

Given the significant limitations of a crossbow, it should come as no surprise that many countries decided to ban crossbow hunting because it can cause unnecessary hurt to the animals being hunted.

Because there are numerous reasons why taking a long-range crossbow shot is a bad idea, here is a rundown of the main reasons why you should avoid such shots.

The arrows lose speed and elevation

From the moment the arrow leaves the crossbows to the point that it reaches the target, it will lose speed and velocity. As a result, at the moment of impact, a long-range shoot will not have the same momentum and, thus, it will not be as effective. The main risk in this situation is that the animal that it hits will not be lethally injured.

From an ethical point of view, such a scenario is considered unethical as injuring an animal without killing it is an act of cruelty.

When shooting at long-range you also have to take into account the fact that the arrow will lose some height as it travels towards the target. As expected, this means that you won’t be able to shoot the prey at the desired angle. This can also lead to you not lethally injuring the prey as expected.

When you take a long-range shoot, another thing that might happen and, thus, interfere with the effectiveness of the shot is hitting any obstructing objects that you cannot initially see. Even though you are using a crossbow scope, there is still a risk that you are not provided with the necessary magnification ratio that can ensure a perfect hit.

No matter how small the object that you hit is, the arrow will undoubtedly be diverted from the normal course, and, therefore, you won’t be able to get that perfect lethal shoot that you are aiming for.

Another factor that might cause you to miss the prey when shooting long-range is the fact that, as you do so, the animal might move and, thus, “jump the string”. This might also happen because the prey might hear the arrow coming as it travels through the air. This amplifies the risk that instead of killing the animal, you will only wound it.

This is not the case if you opt for a close-range shot. In these circumstances, the arrow will be easier to direct, and you won’t have to worry that the sound that it creates will alert the prey and cause it to move.

As a hunter, you probably already know that the wind is one of those factors that you cannot control while hunting. When you take a long-range shoot, the likelihood that the direction of the arrow will be affected by the wind blowing is significantly increased.

If the wind messes up with the speed and/or the trajectory of the arrow, you might end up inflicting a non-lethal wound to the prey. Besides, over long distances, you cannot exactly tell the force or the direction of the wind.

There are so many factors that interfere with the accuracy of a long-range shot. One of the most important factors that you should not overlook is your abilities. Only a few seasoned hunters can shoot long-distance and have the desired results. This is only possible because of their level of skill and their luck.

Besides, before you take a long-range shoot, you also have to take into consideration the fact that, when you are in the field, you will most likely feel some type of pressure or a certain level of thrill that might also interfere with your ability to take an accurate shot.

No matter how much you practice at the archery range, you have to understand that your performance might vary greatly when you are shooting at an animal, and not at a target. Therefore, instead of pushing your luck, and taking a long-range shoot, it is advisable that you go for the safer route and you avoid high-risk shots, especially if you have little experience.

To avoid any unfortunate accidents that might cause you to fail to kill the prey, you should shoot only when and if you are confident that you have a good chance at an accurate shot. This also means that you have to understand your personal limitations.

You can only do so by practicing and experimenting with your shots (preferably on a target first). For instance, if you notice that you can only shoot accurately at 30 yards and that you don’t get the same level of accuracy when shooting at 40 yards, you should only take 30-yard shots.

Similarly, you have to get familiarized with your equipment, especially with the trigger. Once again, the only way to do so is to practice as often as possible.

Back to the basics

Even though there is a myriad of products and gadgets that are advertised as practical to use to take accurate long-shots, using them is somewhat unethical. If you think about it, this means that you are tipping the scale in your favor and that you aren’t giving the animal any chance.

After all, as a hunter, you probably feel that the allure of hunting is all about the patience, the strategy, and, on top of that, the possibility of connecting to nature. And yes, while it is true that going home with an impressive trophy is not bad at all, you should consider valuing the experience in itself, rather than the kill.

At the current moment, there are no rules that prevent crossbow hunters from opting for long-range shots. However, this does not mean that you don’t have to be informed and to understand all the reasons why long-range shooting might not be the right choice.

On top of that, remember that, even though a crossbow might have some components that make them look like rifles, they perform dramatically differently. So, be aware of the limitations of your weapon and your own limitations before you make any critical decisions.

5 accessories that no crossbow hunter can live without
Shot placement- Is broadside the only ethical shot you should take?
Protecting your bow with a case is really important
The importance of scent control when bowhunting
How to sight-in your bow
Proper Crossbow Maintanance - Keep Your Crossbow in Tiptop Shape
Pick A Bow © 2015-2020 Pick A Bow (pickabow.com) is a participant in the Amazon Services LLC Associates Program, an affiliate advertising program designed to provide a means for sites to earn advertising fees by advertising and linking to amazon.com. As an Amazon Associate we earn from qualifying purchases.