How many of us have gotten lost when we’re out hunting? I have a few times and it was not something that I want to repeat. This was before even the word GPS was invented (check our Best Hunting GPS Guide). This was back when cell phones were like big brown bricks and had a huge antenna attached to it. So that gives you an idea. 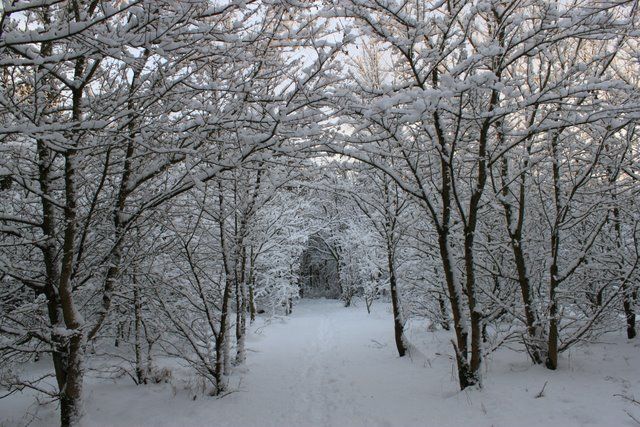 I’ll never forget one time in particular. I was in 7th grade and it was mule deer season. My father owned his own business and seemed to always be busy. Anyway, I talked him into taking me hunting during a school day. The plan was that I was going to meet him out in front of the school around 12pm. The weather on this day happened to be bad and it was snowing. 12pm came and I went outside and waited. He ended up being 2 hours late. Which was no surprise to me. And to top it off he brought my sister along. She was 2 years younger than me and had begged him to come along. Being as young as I was I wasn’t excited about her coming. Nowadays though I try and take any one that I can hunting.

We made it up to the mountains about an hour later which was around 3 or 3:30. And it was still snowing and gradually getting worse and worse. We must not have thought anything of it because nothing was said. So off we started hiking.

My father had been hunting this area for the last 25 years and knew it very well or so he thought. To hike into this area where you actually start hunting also takes an hour or so. Once we made it to the top of the area we started seeing deer everywhere. They just happened to all be does or they moved too quickly for us to see if they were a buck or not.

As we started seeing deer it was also starting to get dark. With the thick cloud cover and snow it got darker faster than usual. We hiked a little more and by then it was almost dark. He all of a sudden stopped, looked back at us and said “sorry kids but we’re lost.” At first I thought he was joking but by the look on his face I could see that he wasn’t joking. Being young kids this really made us worried.

My sister was starting to get cold and hadn’t brought proper clothing. We decided that we needed to hunker down under a pine tree and make a fire. I was surprised at how quick my father was able to make a fire being that it was snowing so much. We sat around the fire for a while until my sister got warm and then talked about what we should do. Staying there wasn’t much of an option because it was snowing so much.

An hour or so went by and no plan had been made. We just happened to be sitting at the top of a drainage. My father said I’m fairly certain if we hike down to the bottom of this drainage we’ll hit the trail or at least hit the road. This plan sounded better to me than sitting there in the snow.

So off we went. About half way down the drainage my father stopped and looked down and said that he had found what looked like fresh mountain lion tracks. I thought it was kind of cool but it sure freaked out my sister. We kept on hiking and after about 30 minutes we hit the trail. What a relief that was. My father let out a sigh of relief and we high tailed it out of there and made it to the truck about 15 minutes later. As we made it to the truck he told us a story of how he lost one of his favorite dogs up there when they were both tracking a bobcat. His dog was hot on the trail of a bobcat and ended up falling off of a cliff and dying. He loved that dog and used to tell us a lot of stories about their adventures.

This was the first time that I had been lost and it wasn’t the last time. Getting lost in a snow storm is not something that you want to experience. Even if it is for a few hours which can seem like days. Having GPS is a heaven sent. I know the areas I hunt really well but when it gets dark everything changes and it’s easy to get turned around. Especially if you’re hunting in a thick forest.

Know better the area you hunt and deer habits by setting up a trail camera.

Be safe and good hunting my friends.

My first experience with buck fever
Pick A Bow © 2015-2020 Pick A Bow (pickabow.com) is a participant in the Amazon Services LLC Associates Program, an affiliate advertising program designed to provide a means for sites to earn advertising fees by advertising and linking to amazon.com. As an Amazon Associate we earn from qualifying purchases.