Big game hunting, as its name suggests, is no small business. Because hunting is not the easiest of activities, praising those who managed to achieve a level of celebrity and success in this field is imperative.

So, if you are a novice looking for inspiration, let’s take a close look at some of the biggest names in the big game hunt hall of fame! 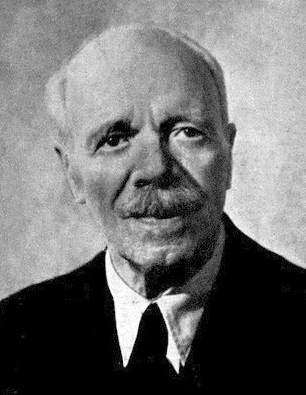 You might know the name of Jim Corbett from the Jim Corbett National Park, also known as the Hailey National Park, or the first national park ever to be established in India. The reason why Corbett made this list has to do with his approach to hunting. By today’s standards, it could be argued that Jim Corbett was a conservationist.

In other words, he only killed animals that pose a serious threat to human life. Corbett went to India as a British soldier and he managed to become one of the first professional hunters in the world. He earned his much-deserved status by successfully killing no less than 31 tigers and two leopards. It is said that he only hunted those animals who were known for killing people.

Through his actions, he managed to end the era of terror imposed by the Panar leopard who made over 400 victims, the Champawat tiger, and the leopard of Rudraprayag. Corbett recounted his hunting stories in numerous successful books.

Another amazing fact about Corbett is that he never saw or recommended himself as a trophy killer.

Buffalo Bill, aka William Frederick Cody, is perhaps one of the most known figures in the history of hunting. After all, can you think of another name that is a better symbol for the American West?

William Frederick Cody was best known for hunting bison. Some legends claim that he got his name after killing no less than 4,200 bison in about eight months! The meat of the animals that he killed was used to feed the workers who built what we today know as the Kansas Pacific Railroad.

Another reason why Cody is praised as a legend has a lot to do with the shooting competition that he took part in, against Bill Comstock, another legendary hunter. During his lifetime, Cody put together several Wild West Shows that also made him even more popular among Americans as he used these shows to tell the story of the Wild West, a territory that was known for being filled with adventure and hardships.

Another well-known frontier hunter that is still remembered today is Davy Crockett. Crockett was a soldier, and also a hunter, known for hunting over 105 bears in one year. One of the reasons why Crockett was such a good hunter had to do with the fact that he was nothing short of an expert marksman, even as a teenager.

As the years passed, some have started to doubt his claim to fame, especially given that most of his stories were told by him and that there is no evidence of his claims. Regardless of this, Crockett is still a name to be recognized in the big game hunt hall of fame.

If you are a fan of literature, you probably know who Ernest Hemingway was. However, apart from being one of the best American writers, who loved to write, he also enjoyed hunting. Still, it should be noted that Hemingway loved a particular type of hunting. That is, hunting while on safari trips in Africa.

During his trips to Africa, alongside his hunter pal, Philip Percival, he got the chance to hunt for lions, leopards, zebras, and gazelles. Percival was portrayed as Pop, the character in Hemingway’s books about Africa. This fame brought him numerous clients interested in hunting in Africa.

His knowledge about hunting was highly acclaimed during his life. As a result, Percival was named the president of the prestigious Professional Hunters Association for no less than 34 times.

As he grew older, Hemingway also started hunting in the American west, or, more precisely in Idaho, Montana, and Wyoming. Here, his favorite game was bears, elk, deer, and bighorn sheep.

Colonel John Henry Patterson’s name is one that is a symbol of heroism. Yet, Patterson was not, by a long shot, a hunter. He was, however, a colonel in the British army who was sent to Kenya to overlook the construction of a bridge over the Tsavo River.

The project that he was overseeing was stopped in its tracks by two lions who started to hunt and kill the workmen during the night. Even though measures meant to protect the workers were taken, the lions persisted and kept killing the workers. In the end, it is estimated that the two lions killed 135 people.

Because he had hunted big cats in India, during his previous work assignment, Patterson was ready to solve this problem in the only way possible – by hunting and killing the two lions. He only needed 20 days to kill both of them.

Later on, he told this impressive story in a book, entitled The Lions of Tsavo. Patterson continued to enjoy hunting in Africa. However, he will be remembered as the man who was brave and skilled enough to kill the Tsavo Man-Eaters.

If you are familiar with the history of modern bowhunting, you probably know about the legendary Fred Bear. Among the specialists, it is agreed upon the fact that Bear is one of the archers who managed to make a real contribution to both hunting and archery.

Fred Bear learned archery as a child and, after quitting his career in the auto industry, decided to dedicate his life to his passion, archery. As a result, he opened his own archery company. Even though it took some time before archery started to be regarded as a popular sport, Bear never gave up on his dreams.

To show off his skill, he won many archery state championships and he also took impressive hunting trips, all around the world.  He killed numerous big game animals such as elk, an elephant, and lions, just to name a few, by using archery gear.

While it is true that many American presidents were passionate hunters, none of them ever compared to Theodore Roosevelt. Roosevelt was not only a hunter but also a conservationist. He went on numerous hunting explorations in Africa, where he hunted buffalos, lions, giraffes, elephants, rhinos, and many other impressive prey.

During one of his most successful expeditions here, he managed to hunt no less than 296 animals. That is, in just one trip! Many of the animals that he hunted were of the collections that could be seen at the Smithsonian. Because he donated so many trophies to this institution, some of them were gifted, later on, to other museums around the country.

Another impressive thing that Roosevelt is known for is writing numerous books about the art of hunting. He also was an ardent supporter of preserving and conserving wildlife. In fact, in 1886, he founded Boone and Crockett, one of the best-known clubs for preserving hunting heritage and maintaining hunter ethics. While he was president, among others, he helped to create over 150 national forests.

The Sounds Deer Make - What Do They Mean?
Crossbow Hunting 101 - Essential Dos and Don'ts
What are the advantages of saddle vs classic tree stand hunting?
Protecting your bow with a case is really important
Why You Should Avoid Long-Range Crossbow Shots
My first experience with buck fever
Pick A Bow © 2015-2020 Pick A Bow (pickabow.com) is a participant in the Amazon Services LLC Associates Program, an affiliate advertising program designed to provide a means for sites to earn advertising fees by advertising and linking to amazon.com. As an Amazon Associate we earn from qualifying purchases.