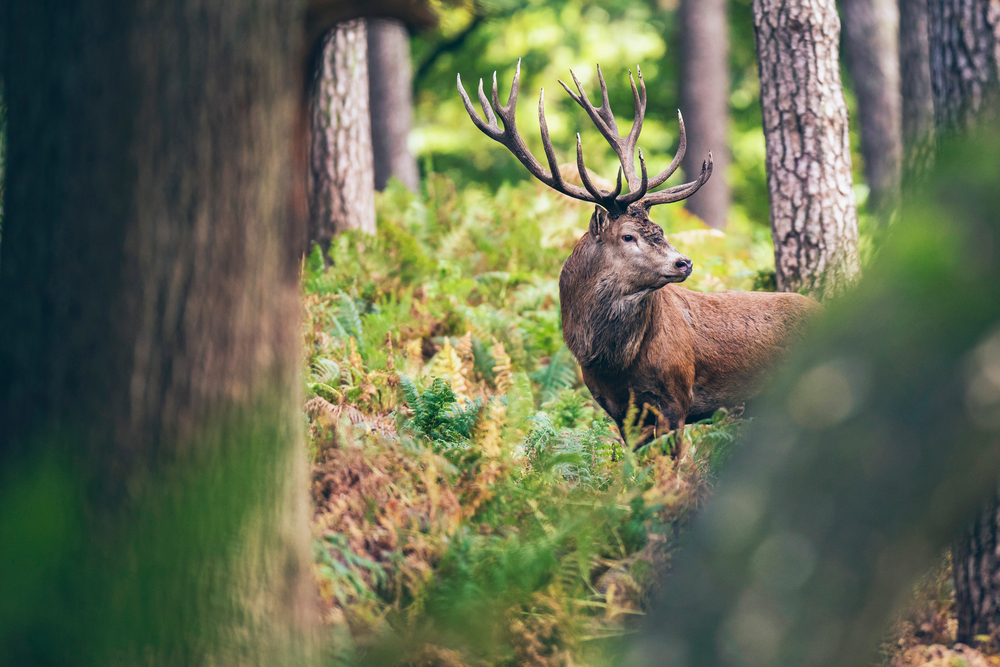 If you don’t have any experience in hunting, you won’t recognize the sounds deer make and what they mean, which may make you believe there aren’t any in that area. In fact, the woods are full of deer, who are surprisingly vocal, as they use various noises to express different things.

Once you’ve learned to distinguish certain sounds made by deer from your surroundings, you will find out how easy it is to find them just by listening, regardless if they make warning sounds or are just communicating with each other. Learning these sounds is important for any hunter.

Not only are these sounds going to let you find out where the deer are, but you’ll also be able to tell what exactly they are doing. Furthermore, various sounds can either scare or even attract deer. It may sound like it’s all very complicated, but it’s also a lot of fun, so check out the list!

The deer sounds when they’re scared or nervous

One of the things that have helped deer for ages is the fact that they have a herd mentality, meaning they take care of one another. They do this in various ways, one of them being the warning they offer each other when they sense danger. This means you have to learn these sounds as well.

If you manage to learn these sounds, whenever you hear them, it means that the deer have detected you and they are alerting the rest of the danger. You must pay extra attention, as well, because they may have sensed something even more dangerous, like a wolf, so keep your eyes and ears open at all times.

This sniffing that the deer make is not that different from that made by a human, but it is deeper and stronger. This lets them discover the potential predator faster, while it also helps you a lot because you hear them. It’s not hard to imagine how that sounds – just picture how air would sound like if it was sucked through the large nose of the deer.

Stomps are also a sign that the deer are beginning to get suspicious of the surrounding activity. This is a simple sign that they may have realized there may be some danger out there, but they are not yet sure what that danger is. Again, this helps you discover them faster, but it also warns the other members of the herd.

This noise is similar to that of a woodblock that is struck on the ground and it’s easy to notice because, otherwise, deer tend to be more silent – if they were loud all the time, they would be at greater danger. The stomping, as you can imagine, alerts the rest of the group, so they’ll all pay close attention to the impending danger.

The last sound that is part of the deer’s scared or nervous repertoire is snorting. This sound basically means the deer are sure now that danger is around. Whatever you have tried to do in order to mask your scent or body clearly wasn’t enough, so your chance of catching any of them has gone pretty low for now.

This snort is similar to how a human sneezes, so you’ll distinguish it very clearly in the forest. If you do hear it, it means that those deer are just about to raise their fluffy tails and run away – or they have already started to run away. This sound alerts the whole herd and they will all get away from you for the moment.

If they are stuck in a rut, male deer will be less cautious about their surroundings so they’ll be able to find a mate. They will also make different sounds, much louder than what you are used to hearing deers make. A buck will produce several sounds in order to intimidate the other potential mates.

These sounds are meant to warn other bucks that he is around or he is making them as a response to the sounds that other male deer have been making. On top of them, there are other sounds that a buck can make, which are meant to get the attention of the females, so you will definitely hear them as well.

The buck grunt is a sound that is meant to show dominance. Generally, their sounds are softer and longer, when they are communicating with one another. But, when the sounds get short and deep, it means that a certain buck is letting the others know this is his territory and that the does there are all his.

A buck is going to make these sounds when he has decided which doe to chase specifically. You’ll continue to hear the grunts as he will continue to chase her. These sounds are considered attractive by the does. All of this helps you find them faster, as they will be less aware of any predators around them.

The rattling antlers are probably the most famous sound on this list and the one that you can distinguish with ease even without much training. It’s obviously not the sound produced in the throat of the deer, in this case, but the one made when two male deer are fighting and they do this using their antlers.

When they are in such a moment, they start clanging the antlers together, creating what can be described as a rattling sound. The fight can be lighter at first, but after a while, especially if female deer presence is felt, they will start going at it harder, which, naturally, is going to lead to a lot more noise.

You are in luck if you hear these sounds, as you are likely going to find a lot of bucks there. When two bucks fight, the other males will also gather around to watch the fight, including the dominant one in that territory, as he’ll be curious to see what his next challenge will look like. If you learn to imitate this sound, you can easily attract them.

Another sound you should know is the snort-wheeze. This is a more aggressive sound, one that is meant to intimidate the rivals. As you can tell by the name, this sounds like a snort that is followed by a raspy wheeze. Male deer that are fighting for territory or females will make this sound in order to show they are the more dominant ones.

In case one of these males is smaller or has yet to learn how to truly display dominance, the noise can intimidate him easily. If we are talking about the more aggressive ones, both of them will create the sound before starting the fight. Again, this may attract more males to the area in order to watch the fight.

You can find recordings of these sounds online and start memorizing them. Next time you go out hunting, you will know what to expect just by listening to the sounds of the woods.

Tracking Wounded Deer - When is the right time?
You have to learn when to draw your bow
Tips on how to prevent treestand theft and protect your equipment
How to Determine Your Effective Crossbow Range
Proper Crossbow Maintanance - Keep Your Crossbow in Tiptop Shape
What are the advantages of saddle vs classic tree stand hunting?
Pick A Bow © 2015-2020 Pick A Bow (pickabow.com) is a participant in the Amazon Services LLC Associates Program, an affiliate advertising program designed to provide a means for sites to earn advertising fees by advertising and linking to amazon.com. As an Amazon Associate we earn from qualifying purchases.