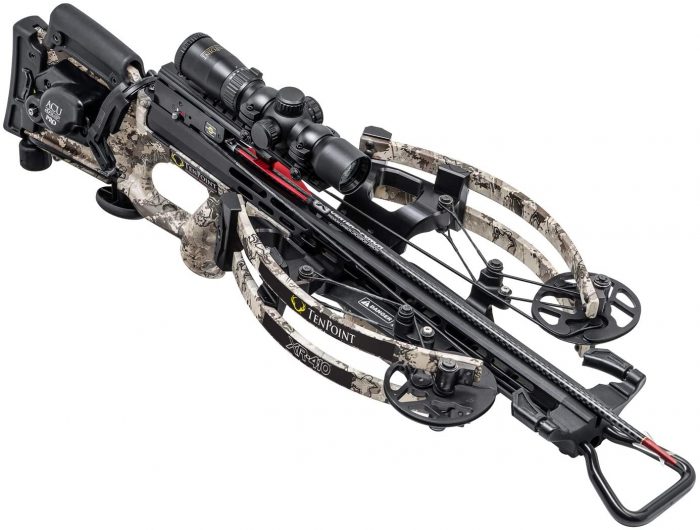 TenPoint Crossbow Technologies CEO, President and Chairman Richard L. (Rick) Bednar has been associated with archery and the archery industry since his youth. After all, Archery Hall of Famer Bill Bednar is his father, who founded Portage Archery Center with Rick’s mother Edith in Suffield, OH. TenPoint Crossbow Technologies entered its second decade in the industry in January 2014. Currently, Rick’s sisters, Cindy and Joanna are also employed at TenPoint, which has enjoyed rapid growth and remarkable success with hundreds of TenPoint crossbow reviews that serve as testaments to the company’s impressive product lines.

Rick Bednar grew up in an apartment adjoining the pro shop building housing his parents’ company, Portage Archery Center. Now operating as Hunter’s Outlet Archery Center, the shop is now a Division of TenPoint Crossbow Technologies. Back then, Rick was immersed in his parents’ business. He was also coached by his dad Bill as an elite tournament archer. The younger Bednar traveled the world as a member of the World Field Archery, World Target and USA Pan Am teams, for which he competed at the highest international, national and collegiate levels. Rick won the NCAA Championship thrice at the University of Akron and also qualified for the 1976 Olympic Team. As a bonus, both his competition and retail background ignited a strong interest in and fascination for bow engineering, performance and design.

After graduating in 1979, Rick Bednar went on to start his career path with Cole National Corporation as the Director of New Store Expansion at the specialty retailer. Realizing within two years that he was more interested in becoming his own boss, Rick was able to acquire the family business in 1981. He was able to add a wholesale distribution arm to the retail operation, which was called PAC Distributing. After two years, the distributor component sparked the interest of a team of British entrepreneurs, who convinced Rick to join them in an Ohio-based national sales and marketing business to import and market a line of crossbows. This was a then untapped market and the organization introduced crossbows designed by Bernard Horton, a British custom gun maker. Rick wrote orders that could not easily be filled fast enough by the British operation of Bernard Horton. Thus, Rick convinced Horton to transfer the manufacturing to Suffield, OH due to the large long-term potential that the crossbow business presented and the more effortless means by which component parts could be sourced.

Leading the effort to recapitalize the new operation in 1985, Rick proceeded to incorporate it as Horton Crossbow Manufacturing Company, Inc. Serving as the COO in six short years, Rick was able to propel the company from zero to a profitable $4.5 million company with almost 30 employees. Stark County recognized his success in 1990 and awarded Rick their New Entrepreneur of the Year Award.

In 1991, after a stockholder dispute on the future direction of the business, Bednar left Horton. While Rick believed the profits in the company ought to be invested, most of his partners at Horton wanted the profits to be distributed. An Easton Aluminum Top-Ten Arrow Distributor, George R. Gardner, was one of the investors that saw the wisdom in Rick’s proposal, and together, he and Rick negotiated buyouts and went out of Horton.

Hunter’s Manufacturing was launched in 1994, and there was a tremendous difference then with the launching of Horton in 1985. Horton had no huge competition because it began its operation in a then untapped market but had already established itself as the industry leader even when TenPoint entered the market while the sector was still in its infancy. The following year, the two firms didn’t participate in a non-compete covenant. On January 4, 1994, TenPoint collaborated with a small group of additional investors and founded Hunter’s Manufacturing Company, Inc., now doing business as TenPoint Crossbow Technologies and a subsidiary that markets a second affordably-priced brand, Wicked Ridge Crossbows, which was introduced in 2010.

Horton proceeded to block the progress of TenPoint at every turn once the younger company was launched, even filing a complex lawsuit in early 1995 to squeeze operating capital out of Hunter Manufacturing. An out-of-court settlement was reached by the end of 1998 with no financial compensation gained by Horton but the necessity for Hunter’s to modify its trade name to TenPoint Crossbow Technologies starting in 2000. TenPoint has been able to establish itself as a brand to reckon with in terms of engineering and performance, with its leader, Rick Bednar, being named Small Business Person of the Year in 2004 and the company being given its first Cascade Capital Business Growth Award in the same year, and every year afterwards. TenPoint has secured 29 other US patents plus 2 Canadian patents and boasts at least 19 more currently pending patents, an impressive record in technological advancement that remains unparalleled.

TenPoint Crossbow Technologies has proven itself to be a formidable leader in the industry, which is why it is fairly easy to find the best TenPoint crossbow in any expert review site out there. Just one of its impressive technologies is the exclusive ACUdraw and ACUdraw 50 Cocking Devices, which enable hunters of various ages and hunting skills to indulge in bowhunting. TenPoint crossbows also boast Safety Engineered Fore-Grip and Wings, which are engineered to assist in keeping the hunter’s fore-grip hand safely below the release path of the bowstring. There’s the DFI™(Dry-Fire-Inhibitor) that ensures that the crossbow is not fired when no projectile has been loaded. Noise is reduced thanks to the quiet MIM auto-engaging safety that activates when the crossbow is drawn.

The ACRA-ANGLE™ Barrel ensures that your finger remains out of harmful pinching while delivering desirable accuracy when the weapon is manually cocked. The MIM (Metal-Injection-Molded) action components work nicely on the 3 1⁄2 – pound T3™ trigger to provide a smooth, crisp trigger pull for increased accuracy while optimizing creep to ensure safety. The ACUdraw-ready FSB (Functionally Superior Bullpup), Fusion S, and C3 Stocks deliver the stability that matches what you can get from a rifle when shooting. The Limb Isolation System, Over-the-Top limb pocket and Zytel® limb suspension system separate and isolate the limbs from direct contact with the riser to effectively dampen vibration and sound.

Tenpoint offers a wide range of products to suit every hunting style and skill. The Venom Xtra™ is built with a laminated, precision-manufactured wood stock that the shooting enthusiast, collector and discriminating hunter will love, truly built for those who demand the best. The Vapor is built to be a game changer with its revolutionary design platform that combines weight reduction, speed and maneuverability in a single package.

The Carbon Nitro RDX is a premium-level weapon that delivers an exceptional hit up to 385 feet per second. The Venom is an ultralight, super compact premium level hunting tool that features a supercharged version of the patented XLT bow assembly from TenPoint. Other TenPoint models include the Shadow Ultra-Lite, Stealth FX4, Lady Shadow, Turbo GT, and Titan SS.

TenPoint offers an impressive range of crossbow accessories. These include: cocking devices such as the Dedd Sled 50; quivers and accessories such as the 3-Arrow Detach Quiver and the Ambidextrous Side-Mount Quiver Bracket; scopes including the RangeMaster Pro Scope; Peep & Pin conversion kit; dovetail mounts, fixed and adjustable; battery for all multi-dot TenPoint scopes; cases; strings and cables; silencers; care and maintenance kits such as trigger and flight rail lubricant and string and wax conditioner. Those are just a few, and TenPoint has much more on its website to help hunters enjoy every outing.

TenPoint crossbows are designed, built and tested in the USA. This is your guarantee of quality controlled processes plus the use of only the best materials and parts in the industry. TenPoint products are subjected to rigorous testing standards, earning the company a remarkable reputation for producing the most durable and reliable items on the market.