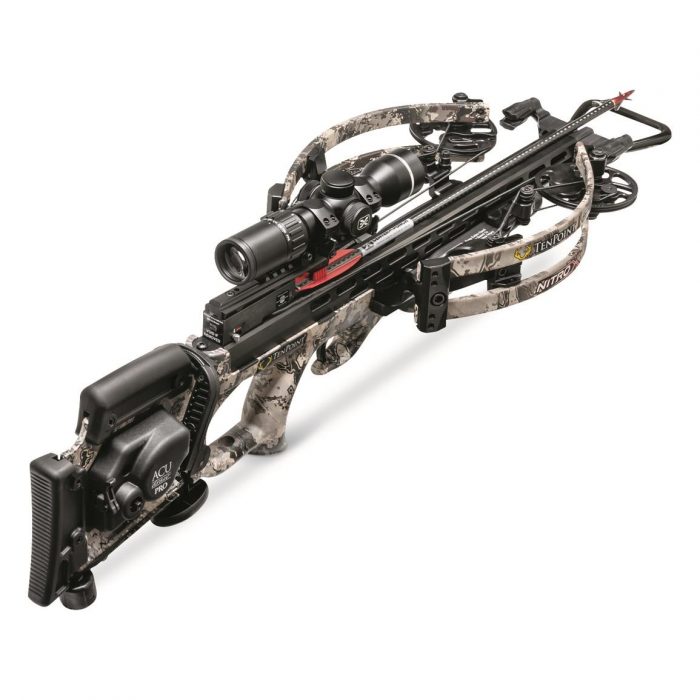 An option that was initially available only for hunters of a certain age or hunters who could not use a vertical compound bow due to some disability, crossbows gradually started to become more accepted. The legislation still varies across states, but most American citizens are now allowed to use crossbows during the archery or the entire hunting season.

There are several well-established brands in the American crossbow industry, and there are also newcomers who are rapidly gaining popularity. One of them is Killer Instinct, a brand that is constantly bringing innovations on the crossbow market, and that succeeded in extending its product range in only a couple of years.

Here are the Best Killer Instinct Crossbows for 2022

Killer Instinct® is a Hawk Group brand, together with Hawk®. Hawk is a hunting gear brand that focuses on tree stands, climbing sticks, hunting blinds, a wide range of hunting accessories, including seats, harnesses, gun holders, and archery accessories. Killer Instinct comes as a natural complementing brand that focuses mainly on hunting crossbows.

Therefore, although it’s one of the most recent crossbow brands on the market, compared to the heavy players, Killer Instinct benefits from the Hawk Group heritage, a name with a reputable tradition and experience in the hunting industry.

The location of Killer Instinct® Crossbows is Frankenmuth, Missouri, and it is privately held by MSCKI, LLC, based in Windom, Minnesota. Interestingly enough, Missouri is one of the states that restricted crossbow use until recently. It was only a few years ago that it became legal in Missouri for crossbows to be used by anyone during the whitetail archery season.

Killer Instinct promotes itself as a brand that is specifically geared toward hunters, which is why all of their products are created for getting the best results and for hunting performance. According to the brand, the main pillars of their products are performance design, high quality, durability, and innovation, which are reflected in their Deadly Performance™ technical products.

Killer Instinct is an emerging leader in the crossbow industry, with a team that includes engineers and experienced hunters in order to make the Killer Instinct products truly adapted for the needs of real hunters. They focus on high-level innovations, both in design and technology, and their motto is ‘Killer performance, Fair price’.

Despite being one of the newcomers in the hunting industry, Killer Instinct has already won several awards, which increased its popularity even more. In 2015, after several tests, it won the Field & Stream magazine ‘Best of Best’ award for the Machine crossbow. This was the first time when a Killer Instinct crossbow received an award for its performance.

In 2017, Killer Instinct partnered with Hawke® Optics, a leader in crossbow optics, in order to take the optics for their crossbows to the next level. The president of Hawk® Hunting and Killer Instinct® Crossbows, Scott Lee, stated that this partnership proved the brand’s commitment to delivering innovative technology for hunters.

This is how the Hawke XB30 was born, a scope with a 100-yard reticle and speed adjustments for improved accuracy. Plus, the XB30 optical system was designed to provide better visibility in low light conditions, due to the 30 mm light transmission tube and stepless rheostat. The Hawke XB30 scope was included in the Killer Instinct FURIOUS™ and SWAT™ crossbow kits.

In 2018, Killer Instinct won the Outdoor Life Magazine ‘Great Buy’ award for the RIPPER 415. Two years earlier, in 2016, the same magazine had awarded the ‘Best Value’ prize to Killer Instinct as well. The RIPPER 415 was awarded for being the fastest crossbow, and it was also among the ones with the best shots.

Killer Instinct is now offering a wide range of crossbows, from the Bone Collector with 370 FPS to the SWAT XP with an impressive 415 FPS and the SPEED 425. The Bone Collector 370, the 380X, and the HERO™ 380 are the basic models in the range, which can also be used by beginners. They are lightweight, and their speed range is 370 to 380 feet-per-second.

The RUSH 380 combines a Micro-Lite aluminum barrel with a 3.5-pound KillerTech™ trigger for shots that are extremely precise. The BOSS 405 adds the X-Lok adjustable foregrip and a narrow frame for a more compact design. Plus, the 6-position AR-style buttstock can be adjusted to fit hunters with a smaller frame, as well as taller ones.

The BURNER 415 combines the custom fit and precision shooting with an increased speed of 415 FPS. The RIPPER 415 shoots arrows at 415 feet-per-second, with 149 foot-pounds of kinetic energy, which makes it a great choice for taking down big and strong game. For those who want to go even further, the SPEED 425 increases the speed to 425 FPS and the kinetic energy to 156 foot-pounds.

The Furious PRO 9.5 takes performance to the next level. It has an ultra-narrow 9.5″ frame and a 400 FPS speed. The Hogue® Grip makes it more ergonomic, while the 3-pound Pro-series trigger enhances accuracy, even at a bigger distance.

The Killer Instinct show-stopper is the SWAT XP, with an innovative design and high-level performance. The Accutac™ Barrel System with a Broadhead Cage™ at the end increases accuracy as well as safety. This is also a super compact crossbow, with great balance and control.

Killer Instinct accessories include scopes, cocking devices, bolts, cases, slings, and mounting accessories. The Lumix™ 4×32 IR-E is a premium scope that provides a high level of clarity thanks to the multi-coated optics and also improved illumination in low light settings. Plus, it has a compact design, and it’s resistant to shocks, water, and fog.

The LUMIX SPEEDRING™ 1.5-5 X 32 IR-E Scope comes with a unique Killer Instinct KillZone™ XB100 Reticle that supports precision and accuracy at various distances. Plus, it features an adjustable speed ring and flip-up covers that protect the reticule.

The DSC™ DEAD SILENT CRANK has a compact design, it’s fast to attach and detach, and it allows you to cock the crossbow without making noise so that you can stay undetected. It is compatible only with some of the crossbow models. The older CONNEKT™ ICS is only compatible with the Bone Collector and the Furious 370.

The KillerTech™PRO bolts have a revolutionary design, and they come with pre-installed lighted nocks that are activated when the bolt is fired. The SWAT™ LITE 22” bolts are the only ones that work best with the Killer Instinct SWAT ACCU TAC™ Barrel System. The original DeadStop™ bolt comes with a reflective wrap and fluorescent vanes, so it can be easily traced.

You can also choose a case from the same brand for your crossbow, and you can find replacement strings and cables, as these components tend to wear out or break faster. Additionally, for the fans of the brand, there is a Killer Instinct gear line, which includes tees, caps, and decals.